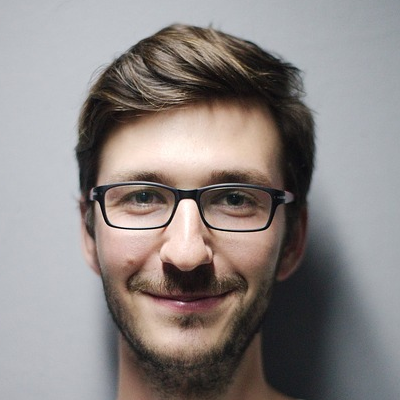 Ark Server Hosting providers come and go like the wind. You can find 100+ companies at any one time pushing some sort of game hosting package for Ark: Survival Evolved. Find safe, well performing providers below:

There are well over 100+ Ark Server Hosting providers worldwide. Some of them have been going since the original Ark game was released in 2015 and some are even setting up shop right now. With so many on the market today our expert guide helps you find the most suitable for your needs.

As you can imagine a lot of them look the same, with the same features and even same price, with promises of lag-free gaming, easy setup, 24 hour refund policies and more. But how do you know which one is best? Well, sit back as we have done all the hard work and research to find you the best Arc game server providers. Below are what we consider to be the current Top 10 Ark Hosting providers but read on if you want to find out more information about each one.

What Are The 10 Best Ark Hosting Providers?

How do you find the best Ark server host?

With so many biased reviews littered around the web it can be difficult to distinguish between fact and profit-driven fiction.

Here at ArkServerHosting.co we regularly test each provider and share with you the results. Each review we share with our readers looks at all of the important factors that you need to consider.

Here Are The Most Important Factors That We Compare

In our tests and review we looked at the following factors:

The 10 best Ark Server providers we have tried in 2020 are listed below based on the important factors above.

GameServers.com have been around for almost as long as game hosting has been! They are backed by a huge web hosting company that own several data-centres worldwide. They are not known for getting new games up and running quickly though, so a new title may take longer to appear with them before they offer servers for it.

What they are known for is providing a solid service with few issues. Our test server was up and running in minutes and when we sent some simple requests to the support staff they got back 21 minutes later with a useful answer.

The largest downside to these guys is the cost. They are definitely not the cheapest but if you want a great service from an established game server company then these should be your choice.

The guys at Survival Server have been around for many years and have used that time to perfect their in house custom control panel. Although they don’t offer a lot of games like other providers they do tend to provide a high end service for that smaller catalogue with awesome mod support.

They are not known for being friendly but they get the job done and really know their stuff!

PingPerfect is a UK based game server hosting provider who have also branched out into other hosting areas. They have a team of support guys and girls who are on hand to help 24/7.

They usually get new games up as soon as the dedicated game server software is available and have a massive catalogue of offered games.

In terms of value for money, these guys are near the cheapest around and with a lot of possible geographical choices for your game server you are sure to find one near you.

Although HostHavoc is a newer company than the others on this list (well they have been around for over 4 years so not really that new!) they have a great reputation for providing quality Ark servers.

They focus on a catalogue of the important games like Ark: Survival Evolved which means they can usually answer any query you may have pretty quickly as they are bound to have helped someone before.

GTXGaming are a UK based game server hosting company who are quick to adapt to new games that come out.

The tech guys are quick to adapt to changes in games but for some reason their support gets a bad rating from people around the web.

GTX also pledge to update their hardware every year in order to provide the best quality service they can.

Although LOW.MS are a newer company formed by an employee of possibly the largest Minecraft game hosting company the quality of service is incredible. The friendly support solved my issues fast and answered all my questions clearly and in-depth.

The control panel was easy to use and everything went smoothly from start to finish. Even adding mods was straight forward enough.

ROX Servers are a France based game server company that offer a wide variety of games, especially the niche and older titles that are now hard to find.

The support took longer than expected but they got my question answered.

A game hosting company that tends to focus on Minecraft servers, Nitrous Networks provide Ark: Survival Evolved servers and have been in operation since 2010.

The support times were impressive and the quality of the service good. The only major let down is the price, its in the very high end when compared to other Ark server hosts. 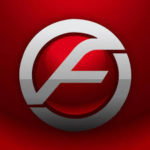 The support times were quick and they knew what they were talking about, it was just a shame about the price being in the higher end.

The Trustpilot reviews seemed to be good apart from the few saying that the high price wasn’t really backed up by a higher service. For me testing it did seem a bit expensive.

The Other 98 Hosts Tested

Most of the game server hosting companies that provided Ark servers were not included on this list (what would be the point after 10?).

A lot of them fell down on the support time, for example they may have answered the questions asked of them but some took days to respond. Some Ark Survival Evolved hosts even failed to answer 24 hour support requests and while these guys were on the cheaper end of price-per-slot this could have rendered the servers inoperable.

Another big issue that arose was the lack of mod support. You were able to launch an Ark server but once you got into the control panel it was hard to actually add mods due to no custom mod system being added by the game hosting company. TCAdmin is great as a basic platform for renting game servers but any company using it and asking for money should modify it to add features for their customers to warrant the price.

What is the average price for Ark  Survival Evolved Hosting?

The larger the server (the more slots and so the more players you can have at one time) the cheaper price you will pay per slot. Cheaper Ark servers come in at $0.50 per slot with higher costing ones pushing above a dollar per slot.

This is the case mainly due to economies of scale and that the support the company needs to provide is usually the same whatever size server you rent from them.

You can get the price down with most of the hosting companies by paying for longer terms. So instead of paying monthly, pay yearly to save around 20%~ with most companies.

Does this game server host work for the console version of Ark?

The console version of Ark requires different server hosting annoyingly. Not all companies provide the more complex (to set up) console server version but you can find Survival Servers do and they are the highest in this list that do.

Luckily though Survival Servers seem to charge less for the PS4 version of the Ark hosting.

Couldn’t I set up a game server hosting myself on my own computer?

That is possible but I wouldn’t recommend it.

You will ruin your own gaming experience (the game and do like to sap resources) and trying to get an external IP your friends can connect to is a difficult task that could still cost you more money than a small Ark server does anyway.

There are some more features and considerations you should make when choosing your new Ark game server or Ark Survival Evolved hosting provider. DDoS protection is essential to prohibit malicious attempts to disrupt your traffic. Most game server companies now offer DDoS protection as part of their bundle so make sure this is included in your game server package.

Steam Workshop is great for fans and community members to join in the creation of your game. You might want to make sure your gamer server provider can easily host Steam Workshop if this is important to you. Do you need Cross Travel integrated? A Cross Travel cloud system will allow customers to link to more than one server which could be beneficial to you.

FTP access sounds like an obvious feature to mention but always makes sure you are getting full FTP access to your game server files so you can easily backup and restore. Not all providers will offer automatic mod installation and updates, one to look out for as it could save you considerable time and effort. If you are wanting to host a specific game such as Ragnarok, Aberration or Scorched Earth, then many game servers will support DLC which includes these.

Are you looking for a speedy set up? If so an instant set up feature will be invaluable for you. Lots of Ark game servers include one kind of instant set up method or another, plus ones to install mods or api plugins or  host server files

We hope you have enjoyed this guide to game server hosting, particularly for the hugely popular Ark Survival Evolved game. We’ve reviewed some excellent game servers, what they do well and not so well. We’ve also discussed some features to consider, such as ddos protection, Steam Workshop, full ftp access and instant set up. So whether you’re in London or Los Angeles have a great day. All rights reserved.